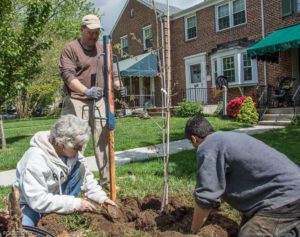 The impetus for the Green Towson Alliance came in 2015 when volunteers chairing Greening committees for Towson neighborhood associations agreed to support one another’s efforts. As a result, tree plantings and stream clean-ups are ongoing events undertaken by the Alliance.

To date, GTA volunteers have organized planting hundreds of trees in Towson neighborhoods. Tree plantings, tree pruning, a mature tree policy that values the role of large canopy trees, and invasive vine and plant removal are ongoing projects in many communities, and more neighborhoods are added each year. Since its inception in 2015, GTA’s annual spring stream cleanups have removed more than fourteen thousand pounds of trash and debris from local streams that run through Towson neighborhoods and eventually reach the Chesapeake Bay. These include the Herring Run and its tributaries, and tributaries to the Jones Falls including Roland Run and Towson Run. 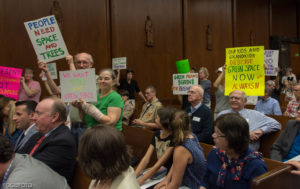 In our ongoing work to safeguard trees in public areas, the Alliance has worked with State Delegate Steve Lafferty to try to amend the Maryland Roadside Tree Law. Unlike in many other states or jurisdictions, the Maryland law does not emphasize the social and environmental contributions that trees make, nor does it make clear that the trees should be preserved unless they are dead or pose a real risk to people’s health and safety.
The proposed legislation would limit and clarify the circumstances when a tree within the public right-of-way could be removed, and would specify the size and describe the location of replacement tree(s) as well as impose a fine if the tree were not replaced within one year. More recently, GTA has worked to improve safeguards for roadside trees and enforce replacement requirements to the County Tree Ordinance.

In September 2015, Green Towson Alliance advocated for a Towson Master Plan. (GTA White Paper for Zoning in Towson) In the absence of such a plan, the Alliance has advocated for a walk-able, sustainable Towson in development projects that include Towson Gateway, Towson Row, and Towson Circle; and open space projects such as Patriot Park.

Also in 2015, Green Towson Alliance advocated to include an environmental sustainability section in the Downtown Towson Overlay District.
GTA contributed design guidelines that call for future development projects to: 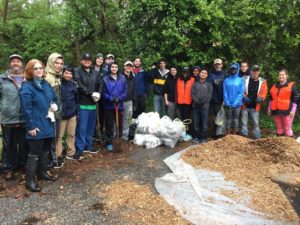 In July 2017, a team of volunteer investigators studied the Jones Falls Sewershed and testified about its finding before the Baltimore County Planning Board. The White Paper, Is Raw Sewage Contaminating Our Streams? Analysis of the Jones Falls Sewershed was presented to the Board in August, 2017. Members of Green Towson Alliance continue to monitor the County’s progress in complying with the Consent Decree regarding sanitary sewage systems imposed on Baltimore County in 2005 and Baltimore City in 2002. 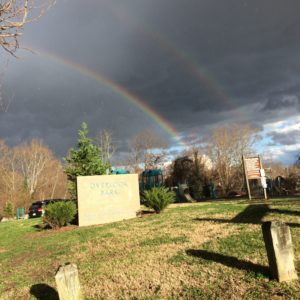 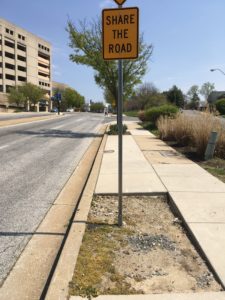 We strive to foster connections between downtown and surrounding communities and institutions.

We advocate for “complete streets” that calm traffic and invite pedestrians and bicyclists with greenery and safe design. We support the implementation of a Towson Circulator.

Encouraging the use of native plants

Much research has documented the importance of native plants in our yards, our neighborhoods, and our ecosystems. Two members of Green Towson Alliance submitted the first-ever plant exhibit using native plants in the prestigious Philadelphia Flower Show in 2019, winning 2nd and 3rd Prize Ribbons for their native plant terrarium exhibits.